At its May 2021 Board meeting, the Trustees of Farm & Wilderness was in unity with a proposal to retire and reimagine the name of Camp Indian Brook, the second camp founded by Ken and Susan Webb, in 1941.  The Board of Trustees and F&W’s Leadership Team recognize the significance of this change, and the purpose of this letter is to explain it more fully and to bring our community together for the reimagining process.

By way of background, the Webbs named the camp after the brook nearby, called Indian Brook. The brook got its name because it was near the Indian Village off the road to Peggy’s Pond. The Indian Village was created for campers by the Webbs’ friend and beloved staff member, William John Rasen’nes Cook (known to some as Wakio and to many as Flying Cloud). To this day, you can hear the brook as it runs down the hillside. 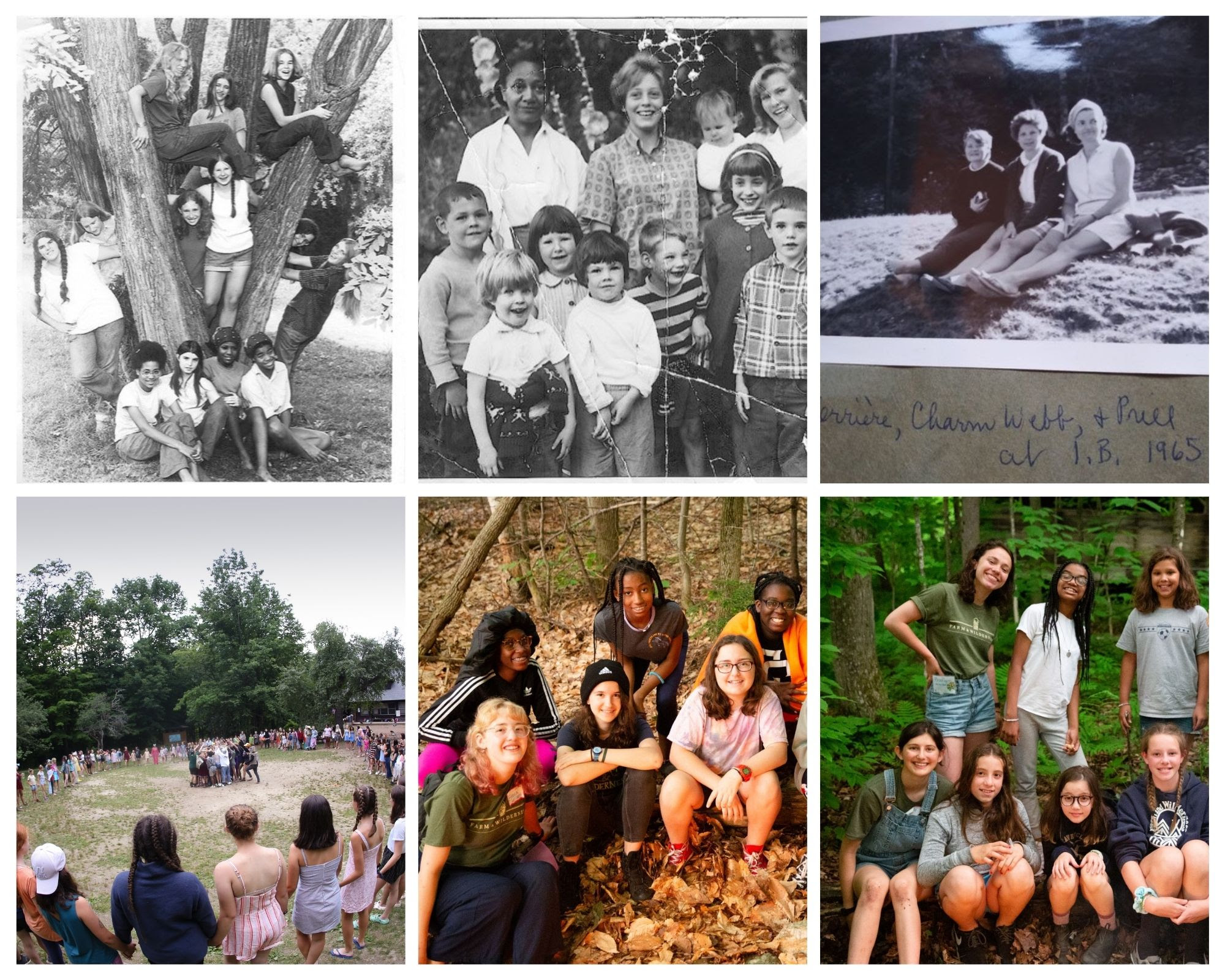 The process to reimagine a new name for our beloved camp will begin in June and is expected to end early next year.  In the meantime, F&W will officially call the camp IB, a name that so many alumni, campers, staff, and families have used for years and years.  The Inclusivity & Equity (I&E) Committee of the Board, in partnership with the Executive Director and the Director of IB, will manage the reimagining process. No later than January 2022 the Board of Trustees will be asked to approve the recommended name.

Four years ago, the Board considered whether to continue the use of Indian Brook as the camp’s name.  After much deliberation and community input, the Board decided to retain the name.  In the intervening four years, several things have occurred, not the least of which is that the world has gained a deeper understanding of systemic inequality and discrimination, and the role names play in how we see each other.  The current proposal also revealed two needs embedded in the legacy of the name Indian Brook.  First, the need to appropriately honor and keep alive the memory of William Rasen’nes by lifting up his writings and accomplishments; and, second, the need to strengthen the cultural awareness and humility of our F&W community and deepen the relationship between F&W and the Mohawk Nation at Akwesasne, and other Indigenous Nations, such that we can form true, vision-sharing, partnerships.

All of this work comes together in a project we have named Echoes of Peace.  As Katsi Cook, daughter of William Rasen’nes, F&W Trustee, and a member of the I&E Committee, reflected upon the deeper meanings of her grandmother, Kawennaien’s, name beyond its English translation of “Echo” the phrase Echoes of Peace emerged. In her words, “The idea of laying down one’s voice through prayer, singing, or crying, to reflect beauty back to the Sky World, focuses us on the energies of an intergenerational reverberation of peace and power that inspire this regenerative work.”

We have initiated conversations with the Cook Family and the Mohawk Nation at Akwesasne to begin to let go of our reins of ownership of the narrative of a multi-faceted and extraordinary man who has played such an important part in the development of F&W.  In addition, we have let the Executive Director of the Mohawk Nation at Akwesasne know about our intent to deepen our partnership, building on work that started pre-pandemic.

We want to bring you into this regenerative work with us starting on June 15th, when we will hold an Information Session with time for small group discussion. Our question for you: What additional things should we keep in mind as we embark on Echoes of Peace. If you are not able to join us on June 15th, please email your thoughts to Ann-Marie White, Assistant Clerk of the Board of Trustees and Clerk of the I&E Committee, at   bot.ann-marie@farmandwilderness.org.

We further invite you, as you are able, to participate in our virtual, intergenerational conversations to share feelings and stories of our time at IB.  Stay tuned for more information about these conversations which will take place over the next four months.

Prev post
News & Announcements Our Gratitude for Your Generous Giving!

News & Announcements Our Gratitude for Your Generous Giving!

Double your impact with our Day of Giving! Hurry for a special bandana before supplies run out!

In affiliation with the Ninevah Foundation